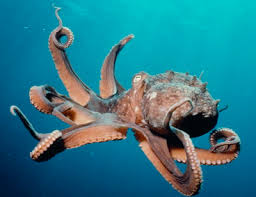 I’m in trouble. I’m a writer who doesn’t write. Not really. Not enough. I’m too distracted by the rickety, creaking carnival ride of life that has me gripping the broken safety bar. I’m white knuckled and sweaty because things are at a weird and scary juncture right now. It’s a dicey, unstable situation, and I’m a few bad months away from living in someone’s garage.

But here’s the real problem: I shuffle back and forth between “writing for the love” mode, and “writing for an elephant’s diaper load of money” mode. Mostly because I love writing but I’m also terrified of being broke. REALLY broke. It’s a hobgoblin that wakes me at 2am when I realize, simultaneously, I’m middle aged, my rent is due in a week, I’ve got four hundred dollars in the bank, three days of work on the books, and two dozen promising but half-finished stories in my queue. To compound the misery, there’s an article on Huffpost about authors who make a hundred grand selling tentacle porn or some other weird kink on Amazon for ninety nine cents a pop. END_OF_DOCUMENT_TOKEN_TO_BE_REPLACED

So you’ve finally found the resolve to sit down and get some writing done. You’re seated there, fingers at the ready, your will is steely and strong. You start typing. It comes easy at first, and you’re pounding at the keyboard. Then it starts to get harder.  You grind to  a slow, painful slog, word after word. You falter. Doubt creeps into your mind. This sentence sucks, and so does this paragraph. In fact, so does the whole, stupid idea. Great satan’s beard it’s turning into monkey dung right before your eyes! You’re drowning in it. Monkey dung up to your eyeballs. You’re desperate for relief, but you can’t leave the desk. You promised. This time would be different. This time you would finish something. But OH THE PAIN! SOMEBODY PLEASE SHOOT ME! ARGGHHAAGGHH!!! END_OF_DOCUMENT_TOKEN_TO_BE_REPLACED 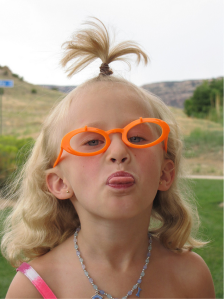 Before you load all your copies of The Maze Runner into a black windowless van and dump them at Goodwill in the middle of the night, let us sort this mess out. Let’s start from the top, shall we? END_OF_DOCUMENT_TOKEN_TO_BE_REPLACED 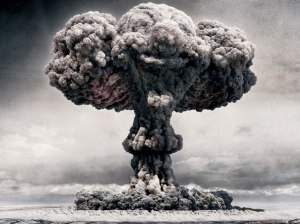 So you’ve joined a writers group, eh?  Good for you! What’s that you say? You’ve been to a couple of meetings, participated in a few discussions and HOLY MOTHER MERCHANT OF VENICE your short story is up for critique next week! Uh oh. IT’S A CRITOCALYPSE!!!!!

Your first critique can feel rougher than prison yard politics. If you haven’t developed the tough, scaly outer skin of a seasoned writer yet, this will likely hurt. Don’t panic! You can come out  the other side with your soul intact if you follow these simple guidelines: END_OF_DOCUMENT_TOKEN_TO_BE_REPLACED 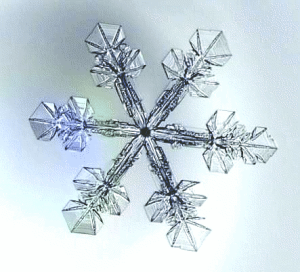 Remember opening your bedroom curtain in the morning to find the first heavy snowfall of the season blanketing the ground with a foot of pure, unspoiled, pristine  snow? You couldn’t wait to get out there and roll around in it. Snow, glorious SNOW! Then after about four hours, the magic wore thin; you had to pee, you couldn’t feel your fingers and your face hurt because some jerk nailed you in the head with an ice-ball. Jerky jerk-off.

So it is with writers groups. Consider the following: END_OF_DOCUMENT_TOKEN_TO_BE_REPLACED

February 17, 2014 By Lynne D. Ryder in Uncategorized Leave a comment

If you’ve never been a part of a writers group, let me explain to you what it’s like. It’s like belonging to a Naked-Person-Of-The-Month Club in which, when it’s your month, you email nude pictures of yourself to each member of the group. Then everyone shows up at Panera Bread on a predetermined Saturday afternoon, the group leader sets your picture down in the middle of the table next to your bread bowl, and the entire group proceeds to tell you exactly what’s wrong with your body. In excruciating detail. Every lump. Every bump. Every dimple of your expansive backside. END_OF_DOCUMENT_TOKEN_TO_BE_REPLACED

Anyone who has secretly yearned for something in life is probably familiar with the feeling I’m about to describe. It’s a feeling that is particularly common among frustrated artists who slave away at work that is Other Than. It’s the feeling–no, I take that back, it’s the FEAR–that the universe might eavesdrop on your private whisperings and actually DO SOMETHING about it.

And nobody wants that. Not me, that’s for damn sure! Not unless I get to decide the What, When, Where, How–and ONLY IF it comes with a generous plan for health and dental. I want easy change. Pleasant change. Change that doesn’t frighten me and make my bowels transform lunch into liquid lava. END_OF_DOCUMENT_TOKEN_TO_BE_REPLACED

January 9, 2014 By Lynne D. Ryder in Uncategorized Leave a comment 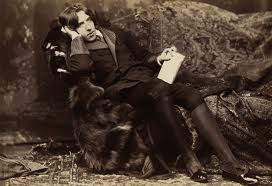 A short time ago I saw a posting from Brain Pickings on Facebook, quoting Oscar Wilde as having said, “A True Artist Takes No Notice Whatever of the public. The public are to him non-existent.”

Listed amongst the comments which followed were such remarks as:

“No finer definition of art and artists has been written.”

And so goeth generations of gullible artists to their narcissistic vacuums to create art for an audience that, according to Oscar Wilde, does not matter.

To this I say, “PPPTTTHHHHHTTTTTT!”

I call BULLSHIT on Oscar Wilde. Bullshit I say! Because not even Oscar Wilde believed this nonsense. The fact is, he was acutely aware of his audience and went to great lengths to attract, shock and sustain them through not only his writing, but his personal behavior as well. Don’t forget, he is also the father of this precious word baby: “The only thing worse than being talked about is not being talked about.” Does that sound like a guy who doesn’t give a whiz about his audience? He was the epitome of an artist in search of attention. Why else would he walk around Victorian England with a lobster on a leash? A LOBSTER, PEOPLE!!!!!!!

This is just one of several moronic yet  persistent myths about successful creative people that I’d like to take out back to the shed and put down with a shotgun before it mauls another innocent bystander.

January 5, 2014 By Lynne D. Ryder in Uncategorized Leave a comment

All right, word-herders. It’s a new year and as promised, its time to lay out my landscape for 2014. It’s resolution time, and I’m not talking about scribbling in some Flavia notebook in purple ink whilst curled up on my neatly made bed sipping a cup of Vanilla Chai Tea…which is delicious by the way, so I’m not throwin’ shade on the the vanilla chai. No sir . Heck no. I’m talking about getting dirty, taking a couple tugs off a bottle of Russian Standard, cranking up the music and chiseling my resolutions on the stone tablet of writerly awesomeness. I’m talking about putting some real skin in the game. I’m talking about NEW YEARS RESOLUTIONS FROM HELL! END_OF_DOCUMENT_TOKEN_TO_BE_REPLACED

ATTENTION NON-WRITING TROLLS: 2014 Is Your Year! It’s Go-Time. It’s do-or-die time! Time to separate the wheat from the chaff. Time to put your money where your mouth is, wherever it is (unless your mouth is presently occupied with something other than talking. In that case, Ewwwgross.). Time to make a writer of yourself…or move on with your life.

In fact, in 2014, if you call yourself a writer and you aren’t writing, you may no longer USE the words “WRITE”, “RIGHT” in conversation, or even “WRIGHT” for that matter, which will suck if you’re into woodworking. Oy. Good luck with that.

And just HOW EXACTLY, you ask, are we going to do THAT?  Well, we’re going to make resolutions (Boo. Boring. Yawn. Scratch. Fart.) Wait! I’m not finished! We aren’t talking about your pedestrian, garden variety resolutions. Oh no, mister. We’re talking about: